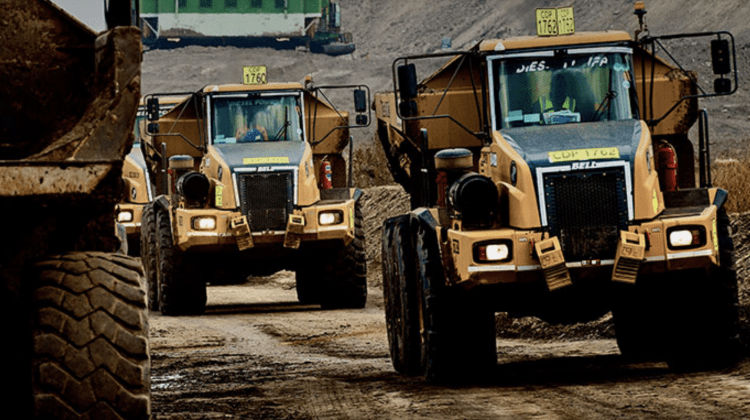 Seriti is a mining company in South Africa that uses continuous miners to fetch coal from mines that are underground using a particular configuration for the mining process as can be seen in figure 1. The mining strategy requires defining very particular road sizes in order to extract coal effectively. While the continuous miners extract the coal, a number of shuttle cars collect that coal and transfer it to a feeder breaker positioned strategically in one of the vertical roads. Since there are more than 2 shuttles moving around, a change out point is defined to wait for the other shuttles to position themselves in safe spots, in order to avoid collisions or getting stuck in the mine. The shuttle will move to the feeder breaker to unload the extracted coal.

The mining strategy has been the same for a very long time and has never been tested to verify its efficiency. Experts have had the monopoly of knowledge to decide where to locate the change out points, the order of extraction in the different segments of the road and the position of the feeder breaker. Since this process takes several weeks, it’s virtually impossible to try new position strategies to minimize the time it takes to mine all the coal, and this is where simulations play a significant role, since a simulation allows for millions of tests to define an optimized strategy without cost. And saving days of work has a tremendous effect on the costs and extraction rates.

The company chose to develop a simulation model to tackle the problem and an Agent-Based model was built. The model was completely flexible on the configuration of the roads; the positioning of the different actors and it was possible to export all the raw data to Excel for further analysis on more powerful data science tools such as R or Python. The model consisted on four different levels:

The model allowed the company to determine a pseudo-optimal strategy to mine the coal in order to reduce costs, movements in the mine and resource utilization, while maximizing the extraction rate. The model currently serves as a utility to plan the mining strategy for new mining projects and can be potentially used in other companies with the same purposes. The uniqueness of this project was the utilization of AnyLogic to configure very complex visualization patterns, generate collision free movements using state of the art algorithms and this approach gives the mining company a lot of freedom to generate new untested mining configurations to be compared with the experts opinions without the cost of testing in production. Finally it helps in the project planning since the model predicts with a certain degree of efficiency the amount of time the project will take and support current tools that serve that purpose. The 2D visualization of the animated process can be seen in figure 2.